August 2020: 360 Trail marked through Canterbury University instead of around it.

Sept 2019:  The bridge end of the Heathcote towpath has been repaired after being closed by earthquake caused lateral spreading and then the Ferrymead bridge replacement. The detour (red) along Settlers Crescent is no longer needed, 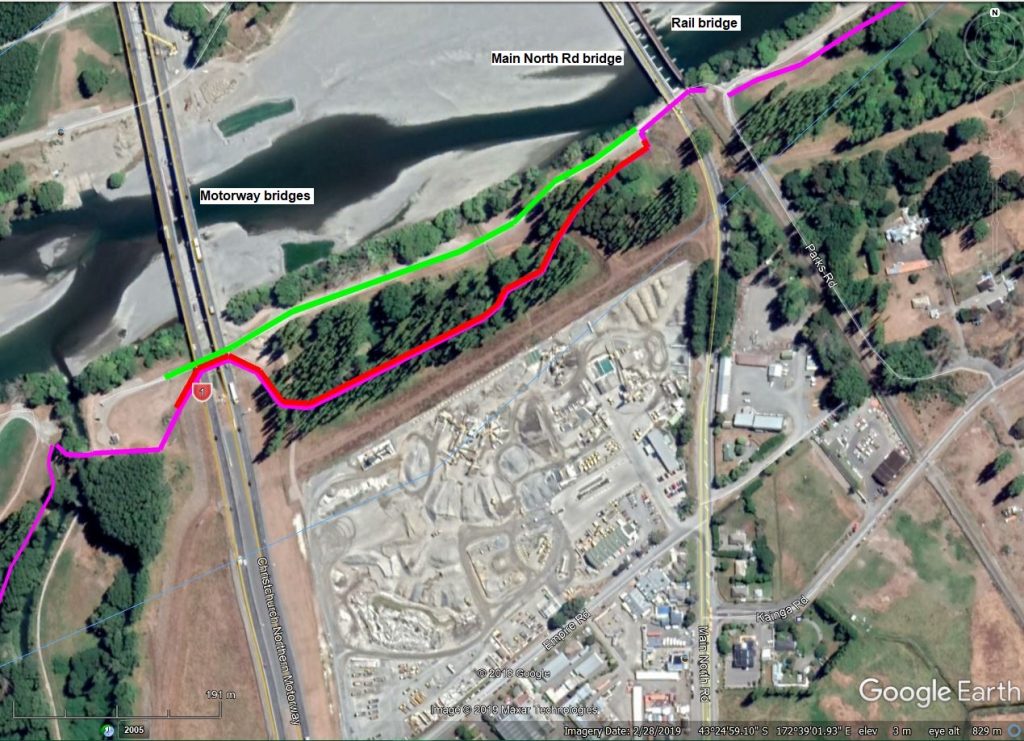 25/1/18  The track (green) between Taylors Mistake and Nicholson Park now goes along the coast rather than along Taylors Mistake Rd (red).  Keep away from the cliff edge. 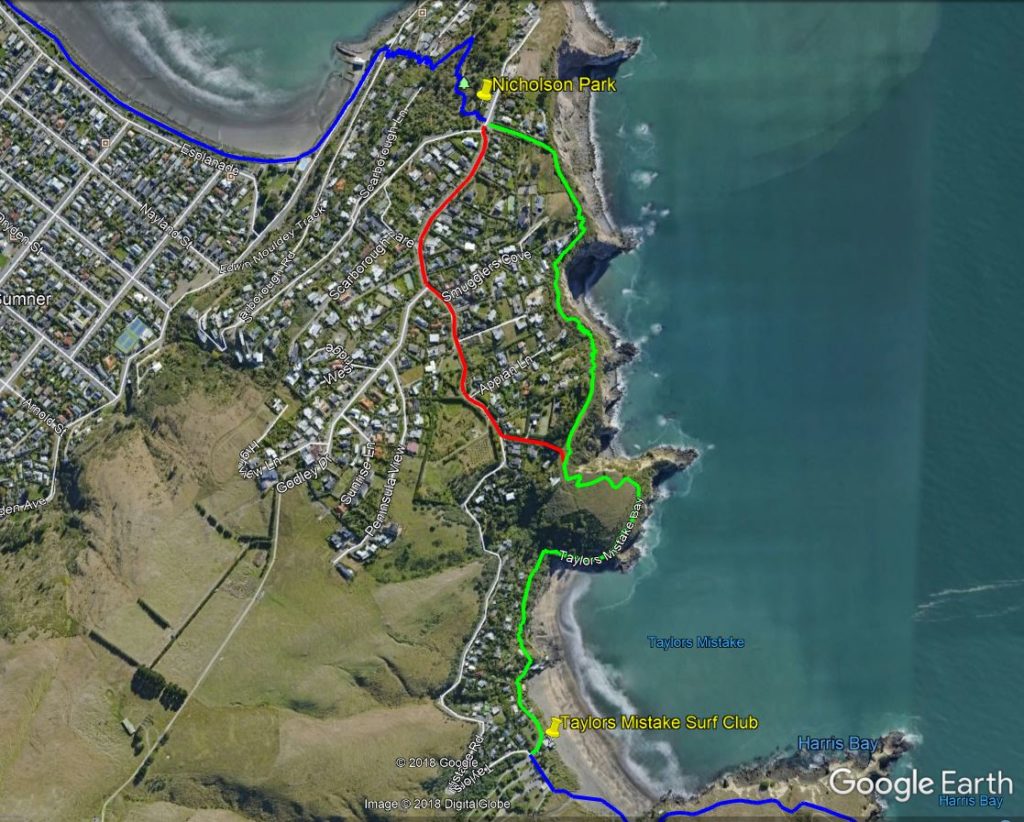 15/10/17  There is a path (green) through the middle of the Sanctuary, rather than along the riverside road (red). 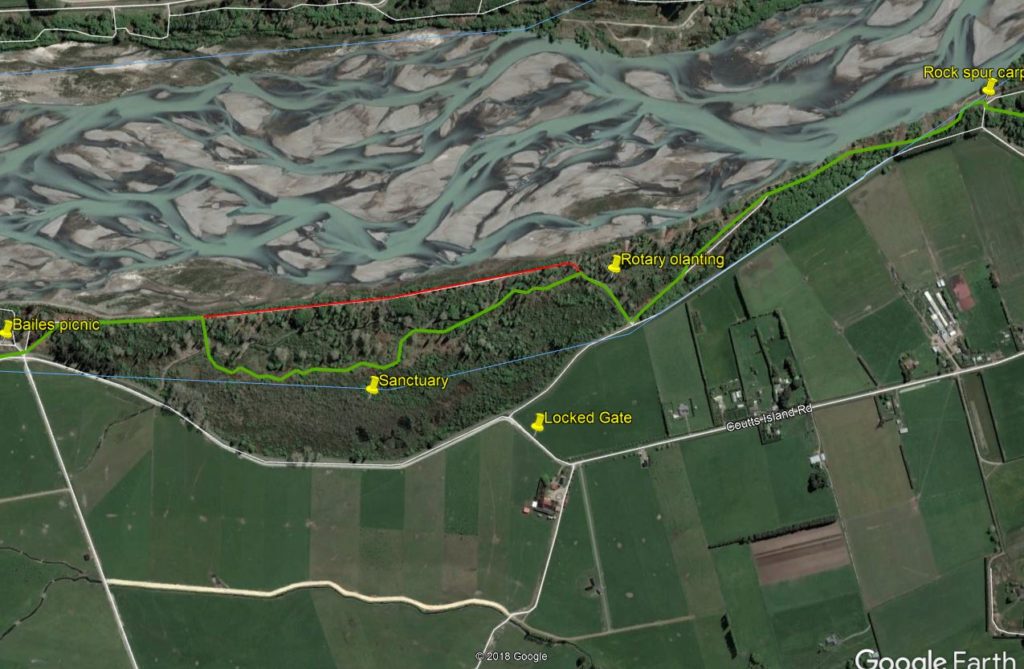 August 2016  The top of Kennedys Bush Track was shifted off private land.

May 2016  Track shifted inland to avoid private land and March 2017  an area which has become too wet. 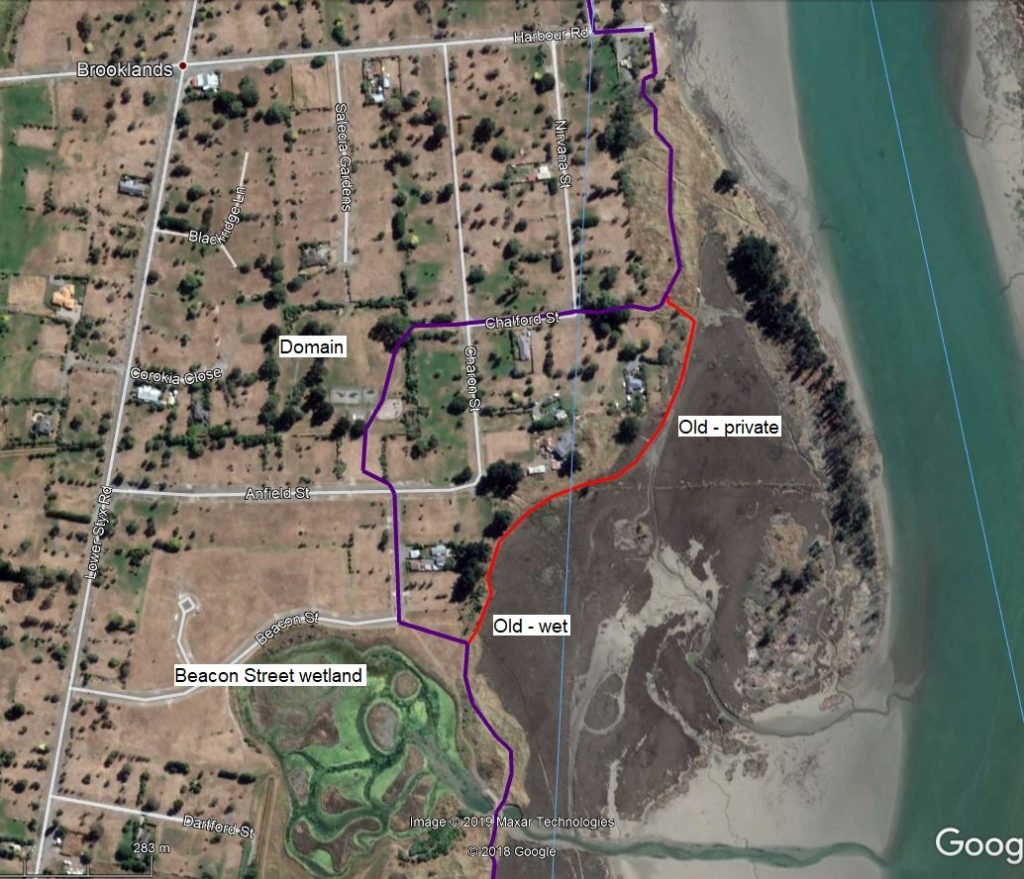 CCC has reopened McLeans Grasslands Park. The trail will be shared between walkers and cyclists. The exact route across the park may change, and stiles may be moved, but the trail should be adequately marked across the park.